Medical Marijuana and Health Insurance in 2019

Medical marijuana is recommended for the treatment of a variety of symptoms. Find out whether your health insurance will help cover the bill. 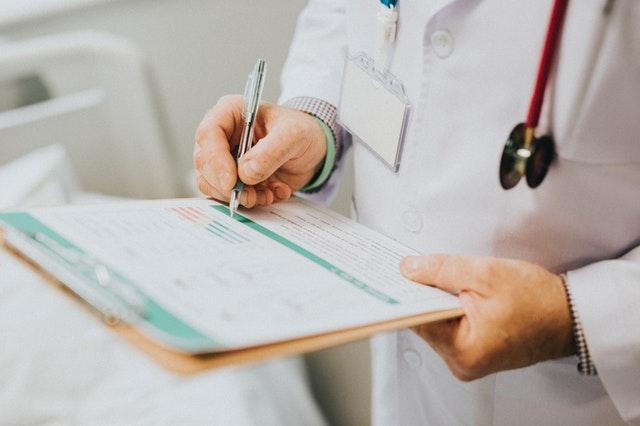 An increasingly large number of Americans—including adults and children—are relying on medical marijuana to manage life-threatening conditions ranging from rare forms of epilepsy to multiple sclerosis and even cancer.

These people live in one of the 33 U.S states where medical marijuana is now legal and routinely recommended by treating physicians. It’s no wonder patients are asking: does insurance cover medical marijuana?

Unfortunately, the answer is a resounding no.

Well, it’s not quite that simple. Why? Several reasons.

The biggest reason why health insurance companies don’t cover medical marijuana is that marijuana is classified as a Schedule I drug under the Controlled Substances Act. The United States Drug Enforcement Administration (DEA) classifies Schedule I drugs as narcotics “with no currently accepted medical use and a high potential for abuse.” [1]

Even though several states have passed laws that remove state restrictions on the medical use of cannabis, the DEA stands firm on its decision stating that more well-controlled clinical trials are required to determine the safety and efficacy of cannabis in clinical settings. Although, this seems odd considering the abundance of scientific evidence already proving marijuana’s immense medical value. In any regard, as long as this federal classification remains, it’s doubtful insurance companies will cover medical marijuana.

The U.S. Food and Drug Administration (FDA) is another hurdle medical marijuana must face before receiving insurance coverage. Basically, the FDA is the main consumer watchdog that oversees the pharmaceutical system in the United States. The FDA’s Center for Drug Evaluation and Research (CDER) assesses the safety of new drugs before they can be sold to American consumers. Ultimately, the FDA conducts well-controlled clinical trials to ensure drugs work correctly and that their health benefits outweigh their risks. To date, the FDA has not approved medical marijuana as a safe or effective drug for any reason.

For medical marijuana to be approved by the FDA, an investigator must first submit an Investigational New Drug (IND) application to the FDA for review. The IND should outline the investigator’s qualifications, the protocol of proposed studies, informed consent from human subjects and assurances that their rights, safety, and welfare will be protected. As of today, the FDA has not approved a marketing application for marijuana.

Are There Any Exceptions?

Marijuana comes from the Cannabis Sativa L. plant, which contains more than 100 active chemical compounds, known as cannabinoids. Cannabinoids are responsible for the many therapeutic effects of marijuana.

The FDA has approved cannabidiol, a non-psychoactive cannabinoid, for the treatment of two rare forms of epilepsy, including Lennox-Gastaut syndrome and Dravet syndrome. These medications include Epidiolex (a non-synthetic version) and Nabilone (a synthetic version).

The FDA has also approved a synthetic form of tetrahydrocannabinol (THC), which can be prescribed for the treatment of nausea and vomiting caused by chemotherapy, and to stimulate appetite and prevent weight loss in patients with AIDS. This medication is known generically as Dronabinol and sold under the trade names Marinol and Syndros. Some private health insurers may provide coverage for these FDA-approved cannabinoid-based medications.

However, some Medicare Part D (Prescription Drug) plans and Medicare Advantage plans may cover cannabinoid-based medications, such as Syndros, Marinol, Epidiolex, and Nabilone. Medicare Advantage and Part D plans are sold by private insurance companies. As a result, you will find that premiums, deductibles, and coinsurance vary from one plan to the next. Medicaid is another state and federal program that offers health coverage for Americans with very low income. It is possible to be eligible for both Medicare and Medicaid, which work together to lower your medical costs.

Medicaid is also subject to federal law and will not cover medical marijuana until the DEA and FDA approve the drug. However, in the future, including medical marijuana could be a financially sound decision for both Medicaid and Medicare.

According to a recent report published in Health Affairs, the federal government could have saved taxpayers over $1 billion had they legalized medical marijuana nationally and added medical marijuana to Medicaid’s approved list of prescription drugs. [2]

The study found that the average number of prescriptions filled by Medicaid beneficiaries was lower in states where marijuana is legal, suggesting that approving medical marijuana will lead to fewer prescriptions overtime—saving taxpayer’s money.

With opioid abuse, addiction, and deaths reaching epidemic proportions, a decrease in opioid prescriptions can be seen as a step forward. According to the National Institute of Drug Abuse, opioid overdose killed more than 47,000 people in 2017—up from just 8,000 just decades earlier in 1999. [4] It has been suggested that opioid deaths are to blame for America’s third straight yearly decline in life expectancy. Not to mention devastating consequences on public health, including high rates of hepatitis C and HIV, as well as children born with opioid dependency, a life-threatening condition.

Fortunately, medical marijuana is frequently being discussed as an alternative for opioids. Nordic countries have shown that harm-reduction policies, including permitting the sale and use of small quantities of cannabis, steers users away from hard drugs. How Much Does Medical Marijuana Cost?

All costs associated with medical marijuana are paid out-of-pocket. This includes:

The dispensary costs will depend on the type of medical marijuana and administration method recommended by your physician. Administration methods range from capsules and oils to vaporizers and topical lotions. As a general guideline:

Medical Marijuana ID cards are valid for 12 months. To remain on the medical marijuana registry, you will need to submit a renewal application each year, which incurs a processing fee of $75.

Although scientific research has been hampered by federal regulations for decades, we now know that marijuana has immense medicinal value. Specific constitutes of cannabis are effective at reducing pain and inflammation, as well as controlling epileptic seizures and reducing nausea, vomiting, and pain due to chemotherapy.