Medical vs. Recreational Marijuana: What Is The Difference? 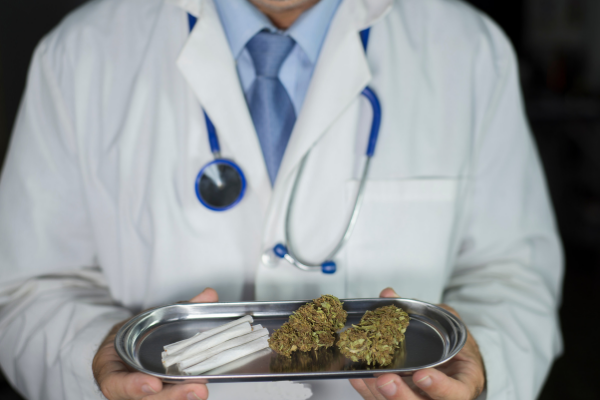 In the United States, 36 states allow some form of marijuana use. Of those, less than a third allow recreational marijuana.

In the states where recreational use is legal, this leaves some to wonder, what is the difference between medical and recreational marijuana? And is there any benefit to pursuing your medical marijuana card in a completely legal state?

With estimated U.S. retail marijuana sales of up to 12 billion by 2024, it’s important to understand what you’re purchasing and what is best for your intentions. In this blog, we will consider the laws and regulations, potency, taxes, and more. Read on.

Let’s look at the states of New York and Florida as examples.

In 2021, Governor Cuomo of New York signed a bill legalizing the adult use of both medicinal and recreational marijuana. That means dispensaries in New York can start selling cannabis for both recreational and medicinal use.

The new laws also allow for people who are 21 and older to carry 3 ounces of cannabis outside of their home and 24 grams of concentrated cannabis. That goes for both recreational and medicinal marijuana.

However, if you live in Florida, recreational use is not yet legal. Therefore, you will have to obtain a medical marijuana card to buy cannabis in the state.

Once you get your card, it allows you to legally purchase up to 2.5 ounces of cannabis every 35 days. But you should keep in mind that if you get caught carrying 20 grams or more, it is a third-degree felony.

So, why get a medical marijuana card if recreational marijuana is legal in your state? Let’s discuss.

Medical Marijuana Card vs No Card

As stated, recreational marijuana does not require a card, but medical marijuana does. It may sound simpler to buy marijuana without the trouble of going to see a doctor, but the card can provide a better experience for you, which we will cover here.

What Is the Difference Between Medical and Recreational Marijuana Quality?

Marijuana quality is something many people don’t think about. A well-grown, quality plant should have a sweet and earthy aroma that is indicative of a high level of terpenes, which are compounds that assist in the benefits that THC, CBD, and other cannabinoids provide.

Differences in quality can exist between medical marijuana and recreational marijuana due to the regulations on how they are grown and cultivated. In some states, you can grow recreational cannabis either inside or outside. Due to lesser regulations, this marijuana may not be of the highest quality.

On the other hand, medical marijuana comes with far more rules and regulations. That is especially true in Florida, where it is still illegal to grow inside the comfort of your own home. While these rules may seem strict, they also provide a healthier strain quality, as you know you’re getting the full benefits for your medical situation.

The Food and Drug Administration (FDA) keeps a close eye on how dispensaries grow their marijuana because people with terminal illnesses and varying ages often use it. That means you can be sure that your medicinal strain is also free of pesticides, toxins, and other poisons that may make their way into unregulated recreational cannabis.

Some people choose medicinal marijuana over recreational because of the cost savings. These savings are often because of taxes.

These cost savings make it beneficial to obtain your medical marijuana card in New York, even with recreational use becoming legal.

This allows the potency of the medical marijuana to be a bit higher, and more beneficial to those wishing to alleviate their symptoms.

Cannabis laws are still evolving and new to our society. But it seems that Americans are getting more and more comfortable with marijuana use, especially for medicinal purposes. The number of U.S. adults who oppose complete marijuana legalization has gone from 52% in 2010 to 32% in 2019.

If you have a medical marijuana card, it shows that you need the drug to ease the pain of an ailment.

Therefore, if you worry about what your friends and family think, a card may help. So, even if you live in a fully legal state like New York, a medical marijuana card may help you curb people’s negative notions.

The shopping experience is slightly different between these two classifications as well. If you live in New York, your dispensary might have two sides to it. One side is for recreational marijuana, while the other is for medicinal.

You should be able to buy recreational marijuana without a card. You will also consider different things like what type of cannabis gives the best high or helps with creativity.

On the other hand, buying medicinal marijuana will require you to show your license and medical marijuana card. When you first obtain a medical marijuana card, your marijuana physician will help determine the appropriate dosage for your needs. This information, combined with dispensary staff’s knowledge, should help you make informed decisions on what to purchase.

A medical marijuana card helps your customer experience to be more remarkable because once you’ve worked with your physician, the expert at the dispensary also helps take all of your concerns, symptoms, and conditions into consideration. After speaking with you a bit, they will point you in the direction for the best strain possible.

You should also know that if you enter a dispensary that sells both types of marijuana, there will be a dividing line. You likely cannot pass over to the medicinal side unless you show evidence of a recommendation.

It’s important to note that recreational marijuana is only legal in a handful of states and each state has different reciprocity laws. So, if you travel from one state to another, your card may not always work.

As you can tell, there are several differences when it comes to medical vs recreational marijuana. When choosing what type is right for you, consider the laws in your state and whether you need cannabis for recreation or to ease the pain of a health condition. While there is nothing wrong with recreational use, having a medical marijuana card allows for a better and easier experience when buying, growing, and carrying cannabis. If you live in New York or Florida, feel free to visit THC Physician to see if you qualify for a card today.

Give us a call

Medical vs. Recreational Marijuana: What Is The Difference?

Your 2021 Guide to Mushrooms for Medicinal Use

CBD: THC Ratio: The Guide to the Proper Proportions to Fit Your Needs

CBG vs CBD: What Are The Differences?

All patient information obtained by Tierra Healthcare is protected health information and covered under the Health Insurance Portability and Accountability Act of 1996 (HIPAA).

Mark Conklin is the founder and CEO of Tierra Healthcare Concepts. He has over 25 years of experience in the healthcare field working at the executive management level and as a medical professional. Education RN, BS Biology, and Master of Health Administration course curriculum.

Medical vs. Recreational Marijuana: What Is The Difference?
Your 2021 Guide to Mushrooms for Medicinal Use
CBD: THC Ratio: The Guide to the Proper Proportions to Fit Your Needs

It’s never been easier to find out if you qualify for a medical marijuana card. Get started quickly and easily by answering a few questions now.

Get the latest valuable news and information on medical marijuana and much, much more.