Marijuana vs Ibuprofen for Inflammation

Is marijuana better for inflammation than ibuprofen? Learn about the differences, side-effects, and studies surrounding each option. 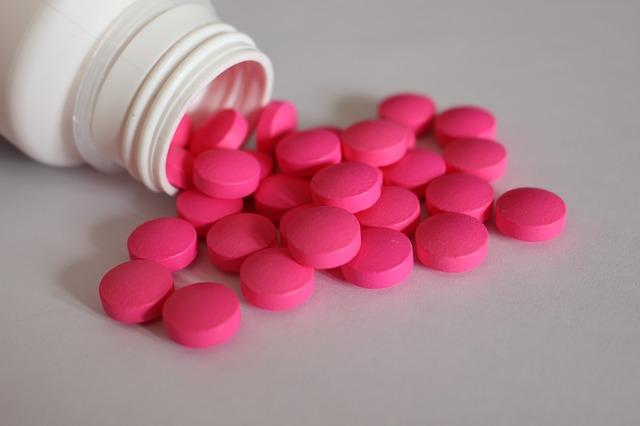 At one point or another, we’ve all experienced some form of inflammatory pain—a headache, toothache, or sprained ankle. However, for some individuals, pain stems from a chronic inflammatory disease, such as rheumatoid arthritis, multiple sclerosis, or systemic lupus.

Over-the-counter medicines such as ibuprofen are effective pain relievers, but long-term use is associated with adverse and even potentially fatal side effects, including stomach ulcers, intestinal bleeding, and heart attack. If you’re wondering what to take instead of ibuprofen for inflammation, you may want to consider medicinal marijuana.

Marijuana has been used for thousands of years to relieve pain and inflammation. Science is now revealing how cannabinoids exert their anti-inflammatory and analgesic effects through the endocannabinoid system, with new research confirming cannabidiol (CBD) is a safe substitute for anti-inflammatory medications, such as Ibuprofen.

Inflammation plays a pivotal role in the immune system’s response to infection and injury. It’s the body’s way of repairing damaged tissue, such as an abrasion or burn, and defending itself against foreign invaders, such as viruses and bacteria. There are two broad types of inflammation that you may have experienced: acute and chronic.

When a tissue is damaged, the release of prostaglandins triggers an acute inflammatory response, which begins within a matter of seconds. This is characterized by four tell-tale signs: swelling, warmth, redness, and pain.

During acute inflammation, mast cells release histamines, which dilate your blood vessels, increase blood flow, and attract white blood cells to the injured site. In addition to attacking foreign debris, viruses, and bacteria, these white blood cells also secrete cytokines. Cytokines act like “emergency signals” to increase the inflammatory response. This influx of blood and immune activity is why the injured area turns red, swollen, and warm to touch.

Mast cells also release neurotransmitters that stimulate sensory nerves and produce sensations of pain. These sensations of pain are intended to alert you to the injury and prompt actions that prevent further damage. For example, taking your weight off a sprained ankle or removing your hand from the hot pain. However, it’s often this pain that sends us running for the painkillers.

Whereas acute inflammation generally subsides after a few days, chronic inflammation is a prolonged inflammatory response that lasts for months or even years. It’s often referred to as persistent low-grade inflammation as it produces slightly elevated proinflammatory markers, such as cytokines, over a long period of time.

Chronic inflammation often begins with the same cellular response as acute inflammation, but lingers, due to recurrent injuries (e.g. repetitive back injury), repeated exposures to low-grade irritants (e.g. industrial chemical), or failure to eliminate an infectious organism (e.g. fungus). In other cases, the low-grade inflammation persists even after the threat has been removed and, in some instances, arises spontaneously with no apparent injury or underlying infection.

When left unchecked, chronic inflammation can cause white blood cells to mistakenly attack healthy tissues, which over time contributes to the development of many chronic inflammatory diseases, including rheumatoid arthritis, coronary artery disease, diabetes, cancer, and Alzheimer’s disease. [1]

Ibuprofen is an over-the-counter medication used for the treatment of pain, fever, and inflammation. It belongs to a class of medicines known as non-steroidal anti-inflammatory drugs (NSAIDs) and has several well-known brand names, including Advil, Motrin, and Nurofen.

Ibuprofen is the most commonly used NSAID in the United States, usually taken to relieve mild to moderate pain. [2] The analgesic effect of Ibuprofen relates to its ability to reduce inflammation.

How Does Ibuprofen Reduce Inflammation?

Ibuprofen acts as a non-selective inhibitor of cyclooxygenase-1 (COX-1) and Cyclooxygenase-2 (COX-2). Let’s break that down, shall we? COX-1 and COX-2 are cyclooxygenase enzymes responsible for the production of prostaglandins. Prostaglandins are released by damaged tissues to generate inflammation.

Similar to other NSAIDs, Ibuprofen blocks both COX-1 and COX-2 enzymes, thus preventing the production of prostaglandins from arachidonic acid, and ultimately reducing inflammation.[3]

One of the key problems with Ibuprofen is its lack of selectivity, which means it cannot distinguish between COX-1 and COX-2 enzymes. COX-2 enzymes reside at sites of inflammation and appear to play a more important role in the production of prostaglandins, making these enzymes a preferable target for anti-inflammatory medications.

COX-1 enzymes, on the other hand, primarily reside in the gastrointestinal tract and play an essential role in the production of thromboxane, a hormone responsible for blood clotting.[4] Taking too much Ibuprofen can, therefore, deplete thromboxane levels, potentially leading to intestinal bleeding and stomach ulcers. Truly selective COX-2 inhibitors are shown to produce no damage to small intestinal mucosa and no ulceration. [5]

Adverse Side Effects of Ibuprofen

Ibuprofen is considered one of the safest NSAIDs, however, it does have several adverse side effects and potential complications:

Common side effects of ibuprofen include:

Less common side effects of ibuprofen include:

Ibuprofen is strongly associated with adverse cardiovascular events, including fatal heart attacks and strokes, especially with long-term use and high doses. [6] In a large, observational study in Denmark, researchers found the Ibuprofen used in quantities greater than 1,200 mg increased the likelihood of suffering fatal heart failure. [7] This risk was particularly high for rofecoxib (Vioxx), a type of NSAID called a COX-2 inhibitor. During the five years Vioxx was on the U.S. market, it caused 140,000 heart attacks.

As a result of such distressing events, the U.S Food and Drug Administration (FDA) released a public health warning in 2005 that NSAIDs like ibuprofen increase the chance of heart attack and stroke. In July 2015, the FDA took further steps to strengthen this existing label warning.

As mentioned earlier, Ibuprofen and other non-selective NSAIDs can cause stomach ulcers and intestinal bleeding, which can be fatal. These conditions can occur without warning while you are using ibuprofen, even at therapeutic doses, and are especially common in older adults taking anticoagulant or antiplatelet medication. In one study, Ibuprofen and Naproxen showed a 4-fold increase in gastrointestinal symptoms. [8]

Ibuprofen is associated with life-threatening toxicity at high doses, and overdose is common. In the United States, 29% of adult analgesic overdoses involved ibuprofen, making it the most common NSAID used in overdose. Ibuprofen is responsible for 9% of overdoses in adolescents, according to the poison control centers. [9] 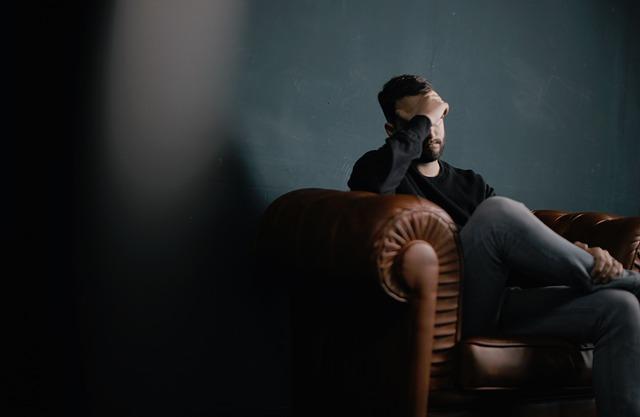 Although limited to test tube and animal studies, a wealth of research has proven the anti-inflammatory and immunomodulatory properties of cannabinoids, indicating that derivatives of marijuana may have therapeutic potential in chronic pain and other chronic inflammatory diseases. The major non-psychoactive cannabinoid, cannabidiol (CBD) has shown significant promise by preventing the production of proinflammatory cytokines and by blocking key sensory receptors responsible for pain. [10]

The anti-inflammatory effects of CBD have been observed in many different inflammatory conditions, from acne to arthritis. For example, a well-designed clinical trial in humans showed that CBD reduces intestinal permeability and inflammation, suggesting that CBD could provide therapeutic relief for individuals with inflammatory bowel disease. [11] Another study published in the European Journal of Pain demonstrated, using a rat model, that CBD patches applied to the skin can reduce inflammation and pain related to arthritis. [12]

How Does Marijuana Reduce Inflammation?

The body also produces endocannabinoids (e.g. endogenous ligands) that bind to these receptors, and provide similar effects. Cannabis and its compounds have many different analgesic mechanisms, many of which are still not fully understood, but research has indicated the following:

For example, the non-psychoactive cannabinoid, CBD, has been shown to inhibit the production of the pro-inflammatory cytokine, tumor necrosis factor-? (TNF-?) in arthritic mice. [14] In another study, published in the Journal of Pharmacology and Experimental Therapeutics, CBD was shown to decrease inflammation in allergic contact dermatitis by inhibiting the release of proinflammatory cytokines (interleukin-6 and TNF-?) as well as proinflammatory chemokine (monocyte chemotactic protein). [15]

Recent studies in mice demonstrate that THC triggers apoptosis (cell death) in certain white blood cells, including T cells and dendritic cells, which may help to reduce destructive immune activity. Immunosuppression may alleviate chronic inflammation and pain associated with autoimmune diseases, such as rheumatoid arthritis or multiple sclerosis. During these diseases, the immune system is hyper-sensitive and mistakenly attacks healthy tissues. [18]

Cannabis also contains over 200 known terpenoids, which are fragrant oils responsible for the characteristic odor of Cannabis. Research shows these aromatic compounds may play a role in the plant’s anti-inflammatory properties.

One study compared the anti-inflammatory and analgesic effects of cannabidiol (CBD) with three different strains of terpenoid-rich cannabis strains. All types of marijuana significantly reduced both pain and paw swelling in mice induced with paw inflammation. But, only CBD significantly reduced cytokines (TNF?) in vitro. [19]

The long-term safety of both CBD oil and Ibuprofen has been well assessed. According to a report issued by the World Health Organization (WHO), “CBD exhibits no effects indicative of any abuse or dependence potential” in humans. The health advisory also concluded, “To date, there is no evidence of public health-related problems associated with the use of pure CBD.”

In other words, CBD is not addictive and not toxic, even at high doses. You cannot take enough CBD to harm your organs or accidentally take a fatal dose. CBD does not have psychoactive effects and does not alter blood pressure or heart rate. However, taking "too much" CBD can be associated with some unwanted side effects, including sedation, appetite loss, and diarrhea. [20] As opposed to many other prescription drugs, the effects of THC are generally well-tolerated too. Ibuprofen, on the other hand, has several adverse side effects, mentioned earlier, and overdose, due to ibuprofen, is common and can be fatal.

Deciding Between Marijuana and Ibuprofen

The decision to use marijuana or ibuprofen to manage your inflammatory pain is a personal one, which should be discussed with a qualified physician. Patients suffering from inflammation and pain can choose from a variety of cannabis products. You can opt for non-smokable delivery systems, such as tinctures, topicals, vapors, and edibles, but also select strains with varying levels of each cannabinoid.

For example, some medical marijuana users find that CBD extracts work best for alleviating pain, while others prefer cannabis strains rich in THC, or a balance of both THC and CBD. Consuming full spectrum extracts, which contain all cannabis compounds, provides balanced medicinal benefits through the entourage effect.

Replacing ibuprofen with CBD can reduce or even eliminate your reliance on NSAIDs while reducing your risk of adverse side effects.