Marijuana Side Effects for Short and Long-term Usage

Do you know the short- and long-term effects of weed? Read our article on marijuana side effects and discover it’s impact on your brain and body. 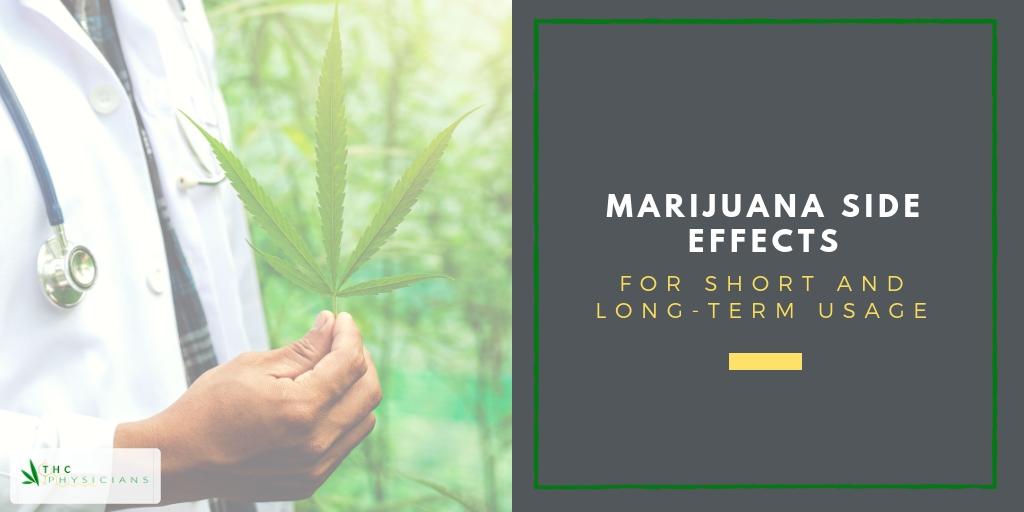 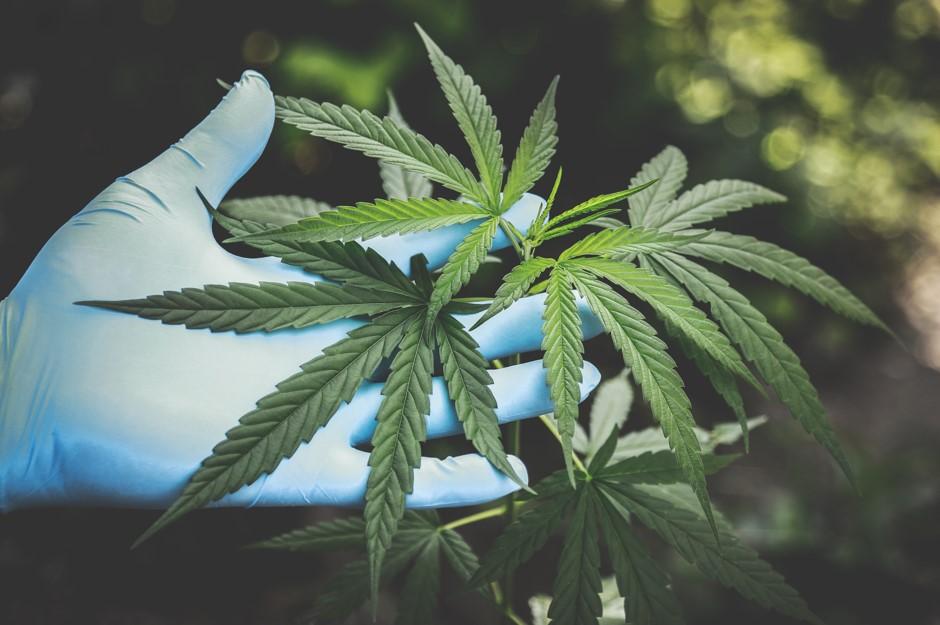 In light of the rapidly shifting legal landscape surrounding both medical and recreational marijuana, we have seen an increased interest in the potential short-term and long-term side effects of weed.

Marijuana—the greenish-grey leaves and flowers of the Cannabis Sativa plant—can be smoked, vaporized, ingested, or applied topically to the skin. Most people use the drug for recreational purposes; however, a growing number of patients now use marijuana to manage chronic medical conditions.

If you’re considering marijuana for therapeutic or recreational purposes, familiarizing yourself with the spectrum of marijuana side effects is an important step in preparing yourself for a positive experience.

How Does Marijuana Affect the Brain and Body?

Marijuana interacts with your brain and body through our endocannabinoid system; a series of receptors located throughout our central and peripheral nervous system which are responsible for maintaining internal stability. When you inhale marijuana, chemical compounds within the drug—known as phytocannabinoids—are rapidly absorbed into your bloodstream and carried towards these endocannabinoid receptors.

When the phytocannabinoids interact with these receptors, they mimic the effects of our body’s own cannabinoid-like chemicals—known as endocannabinoids—causing a diverse range of effects from therapeutic to potentially harmful. If you consume edible marijuana or apply a topical lotion, the phytocannabinoids are absorbed more slowly by the body. In this case, effects are generally felt within 30 minutes, as opposed to almost immediately.

Marijuana side effects depend on a strain’s cannabinoid profile. That’s because marijuana can contain over 100 different cannabinoids. However, the main cannabinoid present in all marijuana strains is delta-9-tetrahydrocannabinol (THC). It’s responsible for the drugs mind-altering effects and the reason users experience an intoxicating high. Cannabidiol (CBD) is the second most prevalent cannabinoid. It’s considered a non-intoxicating cannabinoid as it does not give users the typical high associated with marijuana.

Both of these cannabinoids have specific therapeutic properties:

While marijuana has immense therapeutic potential, which is recognized by the FDA, there are also adverse side effects that could be harmful to your health in the short and long term.

Short-Term Effects on the Brain

The short-term effects of marijuana on the brain can include:

Short-Term Effects on the Body

The short-term effects of marijuana on the body can include:

Marijuana use can increase your risk of falls and accidents that lead to injury or death. In fact, marijuana is the most common illicit drug reported in connection with fatal accidents in the United States. [5] As a result, driving under the influence of marijuana is a crime in some states. That’s because marijuana impairs your coordination, reaction time, motor skills, and ability to judge distance—just like alcohol.

How Does Marijuana Affect Your Overall Health?

Marijuana use has an accumulative effect on the physical and mental health of long-term users. Long-term use is classified as daily, or near-daily, use that continues for weeks, months, or years. Once you stop using, the long-term effects of weed can persist and even become permanent.

Addiction & Dependence: Contrary to popular belief, it is possible to become addicted to or physically dependent on marijuana. People who use cannabis over an extended period of time can develop Cannabis Use Disorder.

As mentioned earlier, marijuana is addictive, especially for youth who are particularly vulnerable. An estimated 1 in 10 marijuana users will become dependent or addicted to the substance. This rate rises to 1 in 6 for people who begin using marijuana during adolescence. [11]

Signs of addiction, or problematic marijuana use, may include the following behaviors:

Regular marijuana users can develop a tolerance, which means a larger dose is needed to achieve the same effects. Building up tolerance with daily usage can also lead to addiction.

It is possible to consume too much marijuana; however, there has never been a fatal overdose recorded. Unlike opioids and alcohol, marijuana cannot shut down your body's respiratory or circulatory systems.

Although marijuana has anti-anxiety and anti-nausea effects, too much marijuana can have the opposite effect. Signs that you’ve had too much can include vomiting, hallucinations, panic attacks, anxiety, and paranoia.

However, according to a report from the World Health Organization, pure CBD has no potential for abuse or dependence in humans and “to date, there is no evidence of public health-related problems associated with the use of pure CBD.” [12]

Medical marijuana is subject to industry-wide rules and standards, covering everything from production practices to packaging and potency. Black market marijuana, on the other hand, does not offer the same consumer protections. For example, illegal cannabis often has higher concentrations of THC, which could result in more intense psychoactive effects. The plant may also be contaminated with other compounds such as heavy metals, pesticides, molds or fungus.