CBD Oil for Autism? What the Research Says May Surprise You

Using CBD oil for autism may be a safe way to treat many of the challenges those with ASD face without side effects. See what the science says about CBD oil and autism now. Should people and parents consider using CBD oil for autism?

Autism, or autism spectrum disorder (ASD), is a mental condition affecting the way children and adults interact with their world and form relationships with others.

While a combination of prescription medications, behavioral modifications, and dietary changes have traditionally been used to help people and parents treat the symptoms and challenges of autism, there is still no cure.

But new research suggests CBD oil may be able to help patients find relief for their symptoms.

Autism: An Overview Of Signs, Symptoms, and Comorbidities

Autism is a neurodevelopmental disorder caused by a combination of environmental factors and genetic mutations while the brain is developing.

The Centers for Disease Control and Prevention (CDC) says 1 in 59 children in the United States now has autism[1]. And boys are four times as likely to have autism than girls.

Signs and symptoms of autism vary across a spectrum and are experienced on a scale of mild to severe depending on each affected person. The major characteristics of autism fall under four main umbrellas:

Parents usually notice these hallmark signs of autism by the time their children are between the ages of two and three, but some infants display symptoms much earlier. These then typically last throughout a person’s life.

Children and adults with autism also have to deal with comorbidities, or the presence of another condition in addition to autism, such as:

And roughly 20-33% of those with autism also have epilepsy.

The Autism and Epilepsy Connection

Researchers believe the developmental changes in the brain responsible for autism may also contribute to epilepsy.

Epilepsy is a brain disorder characterized by frequent or recurring seizures.

Neurons, or nerve cells in the brain, transmit information and signals throughout the body. But disruptions in that pathway can cause seizures.

Since uncontrolled epileptic seizures can lead to brain damage and even death, it’s critical to effectively treat epilepsy as soon as possible.

But an interesting twist happened while researchers were studying epilepsy: they noticed certain cannabis compounds may not only help reduce seizure activity, but also alleviate certain symptoms of autism as well.

Why Use CBD Oil for Autism

CBD, the non-psychoactive cannabinoid found in the cannabis plant, is a neuroprotective antioxidant with many therapeutic health benefits.

What is CBD Oil?

Cannabidiol, or CBD, makes up approximately 40% of all cannabinoids found in cannabis. It’s CBD that many believe give medical marijuana its health benefits.

CBD is prized for its antioxidant, anti-inflammatory, and neuroprotective nature[2]. It can be extracted from plants and used on its own or in conjunction with medical marijuana.

Cannabidiol specifically has been studied for its ability to provide relief for:

That’s because CBD is a cannabinoid that likes to connect with your body’s very own cannabinoid receptors, which are specific receptors on your neurons[3].

Your body’s endocannabinoid system is spread throughout your nervous system, including your brain.

So when CBD docks into one of these receptors, it gets to work positively influencing those neurons. And some of these neurons/receptors do not respond to medication, but will respond to CBD[4].? But what does the science say?

What the Research Says About CBD Oil and Autism

Research shows CBD oil may be able to relieve many symptoms of autism or help make life easier for those suffering from related issues.

In studies, CBD oil has been shown to reduce:

Epileptic seizures. In one published study, 10-20 mg of CBD added to a pre-existing treatment plan was better than a placebo at lowering the frequency of convulsive seizures in those with epilepsy[6].

Anxiety. CBD is non-psychoactive so it will not cause the feeling of being “high” or induce paranoia or anxiety. In fact, CBD has been shown to lower anxiety in trials[7].

Insomnia and sleep troubles. CBD may reduce stress and anxiety so much it helps one feel drowsy and sleepy sooner[8].

Trials also show that when CBD is given to patients in high doses, it can help decrease sleep interruptions (like waking up in the middle of the night) and increase total sleep time[9].

Repetitive or compulsive behaviors. A team of researchers studying CBD discovered it “exhibits a broad range of actions” that not only lowered anxiety and fear, but also stopped compulsive actions[10].

And three separate studies on mice have shown a strong connection between CBD and lower obsessive-compulsive behaviors[11][12][13]. 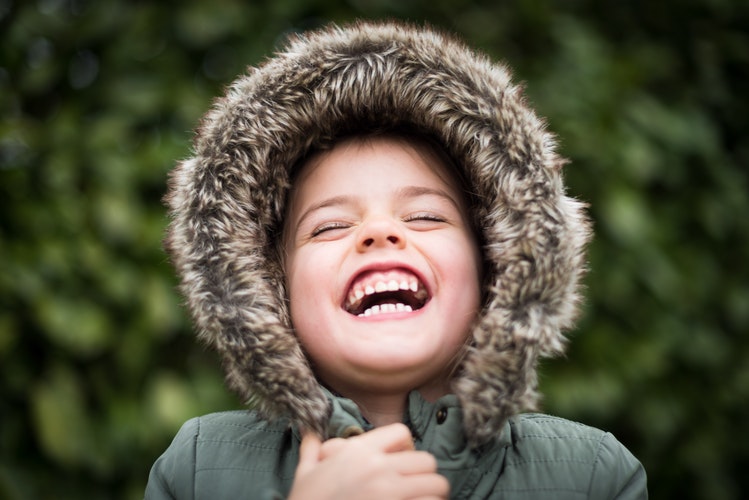 Behavioral outbursts and poor communication skills. Researchers in one study gave 60 children with ASD an oral CBD supplement in addition to their regular treatment.

And the children weren’t the only ones noticing improvements with CBD. Parents reported 33% less stress in their Autism Parenting Stress Index (APSI) scores too.

Despite this research, the main concern with CBD oil for autism is safety.

CBD and Autism: Is it Safe for Children?

Unlike THC, CBD does not raise blood pressure or heart rate, and it doesn’t change your psychological thinking or your behavior[15][16].

CBD oil for autism is considered safe and well tolerated for children since it has very few side effects. If side effects are reported, mild tiredness and diarrhea are most common.

You Don’t Need a Medical Marijuana Card for CBD Oil

Though CBD is found in marijuana, CBD oil can also be extracted from hemp plants.

You can purchase pure CBD oil for autism online.

Hemp Healthy, for example, focuses on bringing the highest quality CBD products to market. Their team of physicians, healthcare executives, farmers, and manufacturers work together to give customers the results they’re looking for and the relief other traditional medications cannot provide without the unwanted side effects.